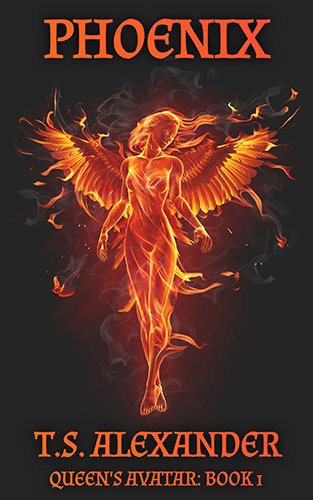 The Force is strong in this intelligent launch of a mystic-tinged, space war saga” – Kirkus Reviews –

Two worlds are about to collide. And what seems to be strangely familiar may not be familiar at all.
Two hundred years from now, the exoplanet surveyor Endeavour arrives in the Kepler 452 system. Their mission is to map the site of the first human colony. Against all odds, they stumble instead across an alien civilisation triggering a first contact they aren’t ready for. Luckily the natives appear to be technologically in the Middle Ages and look completely unthreatening. Or so it

Appearances can be deceiving.

Aldeea is a Haillar frontier world at the edge of an ancient star-faring empire. A world where advanced field manipulation melds with astonishing psychical powers, creating something akin to magic. A world that is the frontline of a millennia-old war fought against a deceitful enemy. A world under siege. Caught between two vastly superior enemies, Endeavour’s crew have only one chance of survival. For this to happen, two humans and an alien queen need to learn how to trust each other. And in doing so, they will all end up reinventing themselves. 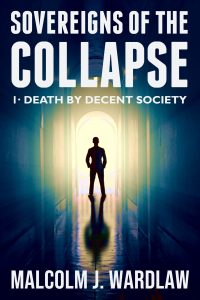 SOVEREIGNS OF THE COLLAPSE: 5 book series

So you think World Capitalism has triumphed?

Here is a glimpse of a world where Capitalists have more power than governments.  ‘Capitalism’ is revealed as being no more than a means to an end.

This is a gritty, harrowing dystopic vision for readers in their mature years, who have left behind all their teenage idealism and angst.  It is a world where money doesn’t just talk; it silences everything else.

Or does it?  Either way, freedom does not come easily.  At times hopeful, at times heroic, and at most times brutal, this is a series to get you thinking about how societies and economies interact, and how people engage within them. 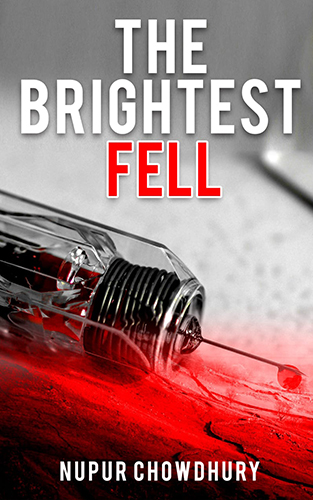 When nations are on the brink of war, to be innocent is not enough…

Fifteen years ago, Jehan Fasih designed a drug that could curb the instinct for violence (and rob the taker of their free will). Fifteen minutes ago, someone blew up the metro station to get their hands on his brainchild.

Jehan must make a decision, and time is running out.

Abhijat Shian and his sister, Rito, lost their jobs, and their family’s reputation, over the course of a single week.

The reason? Their father’s trusted protégé, Jehan Fasih, betrayed him and embroiled their family in one of the biggest corruption scandals the country has ever known.

The Shian siblings’ quest for revenge soon turns into a murky web of confusing motives and divided loyalties.

Is Fasih a genius or a madman? Is their father truly innocent or is there a trail of deceit and betrayal within the hallways of their childhood home?

Set in the fictional country of Naijan, The Brightest Fell is a gripping tale of loyalty, treason, corruption, patriotism, and political intrigue.

NOT ALL OF ME IS DUST

This beautifully-written book is like a fine port. Every sip is rich and deserves to be savoured. The pace is one that invites contemplation, reflection.

Stephen, Clare, Kathleen and the other men and women whose stories are being told are not larger-than-life figures and their lives are not marked by triumph. Their heroism is in the courage to endure not only the critical moment, but also in the daily grind of small things, in the tiny choices made without anyone noticing.

One need not be famous to be a hero. This is a book to inspire the reader to heroism in the interminable, exhausting business of being an authentic human being, searching for meaning in the everyday challenges faced by all of us.